Handicrafts have always been a significant part of the lives of the North Caucasians, and they have created exquisite objects and patterns, especially in decorative arts and silverwork.

According to the multiple pieces of research done in the related fields, it was documented that some branches of art that have spread to the world with different names have originally belonged to the peoples of the Northern Caucasus, the land between the Black Sea and the Caspian Sea, and that metalworking had been seen in the Caucasus in 3000 B.C. Many art and craft objects that have survived to this day are displayed in North Caucasian museums and the world-famous Hermitage Museum, with the dates and places they were created.

Similarly, the Silver Braiding (a type of jewelry making technique), also known as “armor braiding” globally, requires the artists to braid with approximately 30-35 microns (0,3 mm) of golden or silver wires. The art and craft objects created using this technique and wire-breaking were seen in Anatolia for the first time after the 1890s, in other words, after the Circassian Exile started in the 1860s. It is understood that these kinds of art and craft objects and metal-braiding were developed in a belt covering the Caucasus, the Coast of the Black Sea, and Mesopotamia and have reached today albeit their different names.

The origin of the buttons and the braids used in Circassian handicrafts were knots and braidings called “dentlech”, and women initially used them to decorate their dresses. Since ancient times, Circassians have used these knots on collars, pistol cases, buttons, hats, whiplashes, pillowcases, jewelry, and many other ways.

As Gysh Hazretali said,’’ You may not resurrect someone dead, but you can revive an art form from dead’’. We have established Adiyuf Circassian Handicrafts Group with this in mind, under the guidance of our instructor Bengün Gül, to introduce the true history of this art form. We have been continuing our work for approximately ten years. Not only do we work on the most common patterns or motives, but we also aim to modernize them without changing their essential features and teach them to younger generations so they can be kept alive.

Adiyuf Handicrafts Workshop takes place at the Foundation on Wednesdays, between 13:00-17:00. 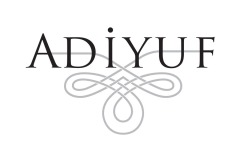 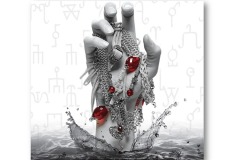 In the land of the Narts, on the shores of the River Yindzhydzh (Zhelenchuk) which is in the Karachay-Cherkes Republic today, across the village of Habez, a beautiful woman lived in a tower with her husband, and her name was Adiyuf. Adiyuf’s unique power was that she could illuminate the dark. Her husband would often go hunting, and when he returned home with herds of horses or his hunts, Adiyuf would lay down a bridge made from linen, and reach out her snow-white arms to him. The light spreading from her hands would illuminate the bridge, and this way, her husband, would come home well and unharmed each time.

One day, her husband started to brag about himself and said to her: ” You see how skillful I am. Thanks to me, we do not live in poverty’’. ’’You are not that skillful’’ said Adiyuf in disagreement, ’’you would not be able to do what you do without my linen bridge and illuminating hands’’.

The arrogant husband said to her, “I’m going to prove that I can do without you’’, and went on hunting. When it got dark, Adiyuf heard his clops but did not open the linen bridge, nor did she reach out her illuminating hands. The horses and her husband fell into the madly running river and lost their lives in the dark.

Adiyuf crying with limitless pain, regret, and grief,  started to hitting her light spreading hands to the sharp rocks by the river.

They say that the redness of the rocks by Yindzhydzh comes from Adiyuf’s blood.

This story has different variants, and the same character is mentioned in the Abkhaz Nart Legends as ’’The Illuminating Finger’’. 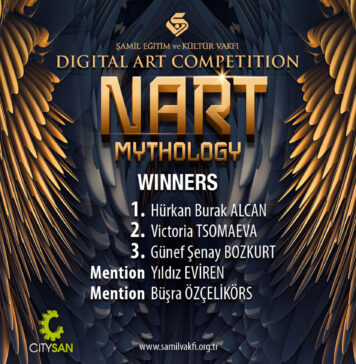 Şamil Education and Culture Foundation (“Foundation”) is pleased to announce the successful completion of the International Nart...
Read more 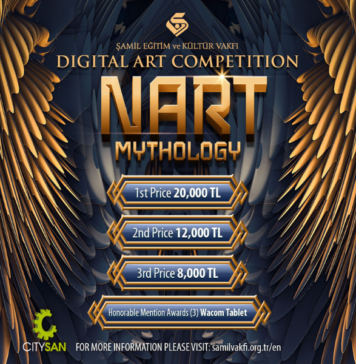 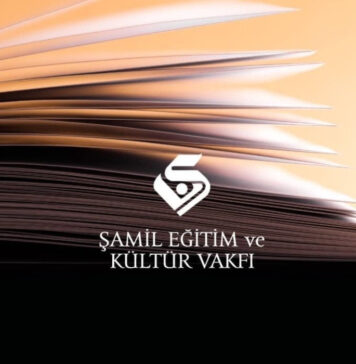 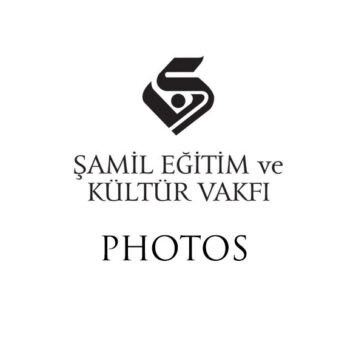